Those eyes that told her more deeply than words could explain

Even if love was not part of the plan their moments transcended and remained.

Connections are sometimes matter of a moment that last forever

Would it be that difficult to put into words?

That energy exchange will be part of her forever

It is almost never something meaningless.

That reflection of affection is what could drain her every day

Exchanges of energies that were in need of truth

Why it is so difficult to be vulnerable, to be real?

And a lonely soul, broken just in part, came to hang

A deep light of reality turned into dreams

No need to close the eyes looking for wonders

Dreams were now part of a listener in a world of advice.

As reality became an illusion in a surreal disguise.

And the girl smiled at the thought of the past

As a path to conduct her to a reunion

With who united with would make her realize

That always belonged to what that emptiness awaited for. 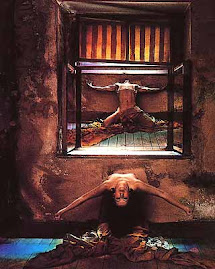